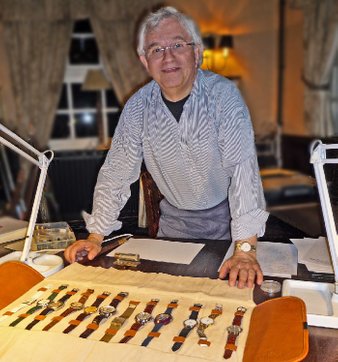 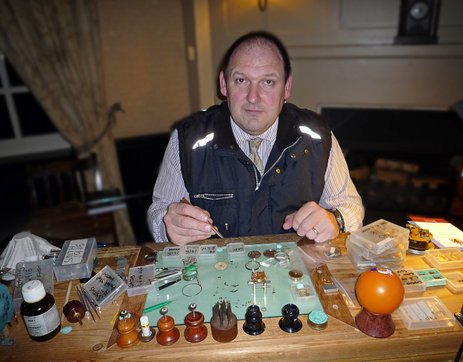 The following is an example Branch 'write up' of a meeting held by the BHI Bristol Branch. These write-ups are normally produced after each meeting and published in the Horological Journal's 'Branches Section' each month.

Our February meeting commenced with a brief announcement about the forthcoming ‘Clock and Watch Fairs’ being managed by the Branch; the efforts of Committee members, and particularly Donald Hamilton are acknowledged.

The well attended evening’s talk was from Martin Dickinson, a Swiss trained watchmaker who has worked for many of the major Swiss manufacturers, speaking to us on ‘Horological Hints and Helps’, assisted by the Branch’s video equipment.

This turned out to be an extremely useful and interesting presentation full of practical horological advice, which would be near impossible to glean from textbooks, from an expert repairer who has worked for many years ‘at the bench’. Indeed, the importance of using a good bench and chair was stressed, allowing the body to be properly supported to avoid fatigue and DVT, and encouraging high quality work. Good lighting is vitally important too, preferably from a North facing window - and definitely not direct sunlight.

We learnt about tweezers.... steel, brass, bronze, titanium, plastic and boxwood tipped tweezers, all having their advantages – and how to properly ‘dress’ their tips to reduce the probablity of tiny items ‘escaping’ to be forever lost! Tweezers can be re-profiled to reduce their stiffness thereby reducing user fatigue after hours of use.

We heard about screwdrivers and blade sharpening /profiling to eliminate damage to screws, so vital in high quality work. We were shown movement holders, oilers and oil cups, abrasives and hand tools, where the commonly used types may have disadvantages not initially apparent to all but the experienced.

Doubtlessly Martin could have continued speaking for many hours to his enthralled audience, but he concluded by showing us a diverse collection of his favourite watches as depicted in the photograph.

A fascinating talk full of useful information which was easy to assimilate and hopefully remember. 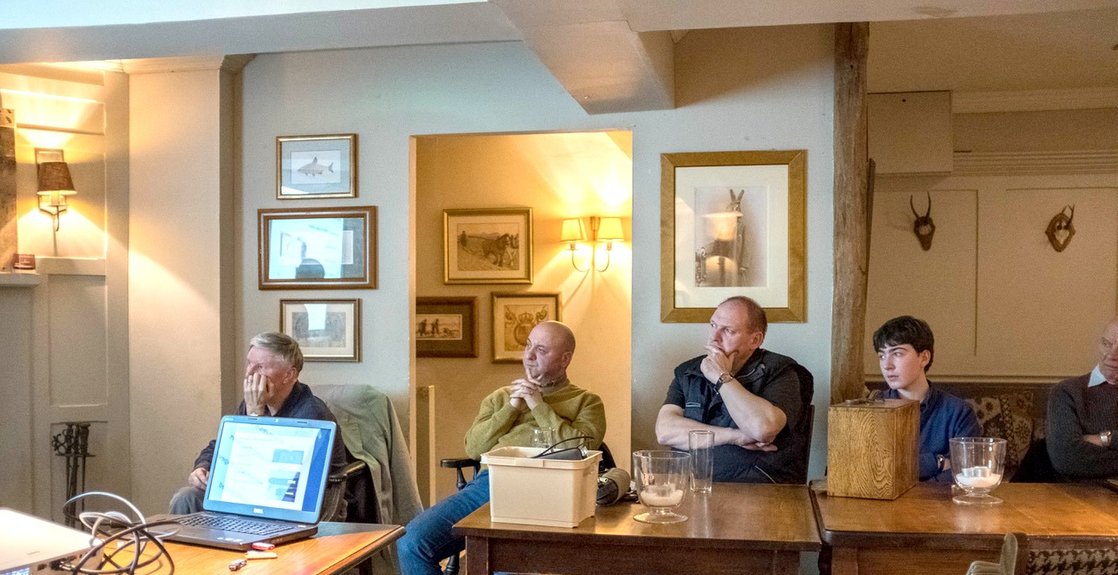